Arthur joined Aid for the Blind Queensland as a 12 year old in 1970, to help his father and stepmother who were Secretary and Treasurer at the time. This was only 2 years after the formation of Aid for the Blind.

Arthur was fully sighted at that point before losing his sight in 1973.

In 1974 he became one of a band of 15 fundraiser/collectors who travelled far and wide raising funds for the development of the complex that now encompasses 10 Cameron Street, 51-53 Wilkins Street West and 57 Wilkins Street West, Fairfield.

The accommodation complex was subsequently developed (with the aid of a great team of fundraisers, and some government support) in 1983, 1987, 1991 and 2009.

Along the way Arthur managed to obtain a job bonding brake shoes, learn Braille, complete a Theology course, complete an Advanced Diploma in Christian Works, and become very active at Aid for the Blind, being involved in the Building Subcommittee and Chair of the Social Club. He even lived here for a year.

During this time he continued his fundraising activities (he was obviously a very busy person!).

Arthur continued his collection activities until May this year, just short of his 50th anniversary because of restrictions placed on shopping centres due to COVID-19

So for the statistics buff 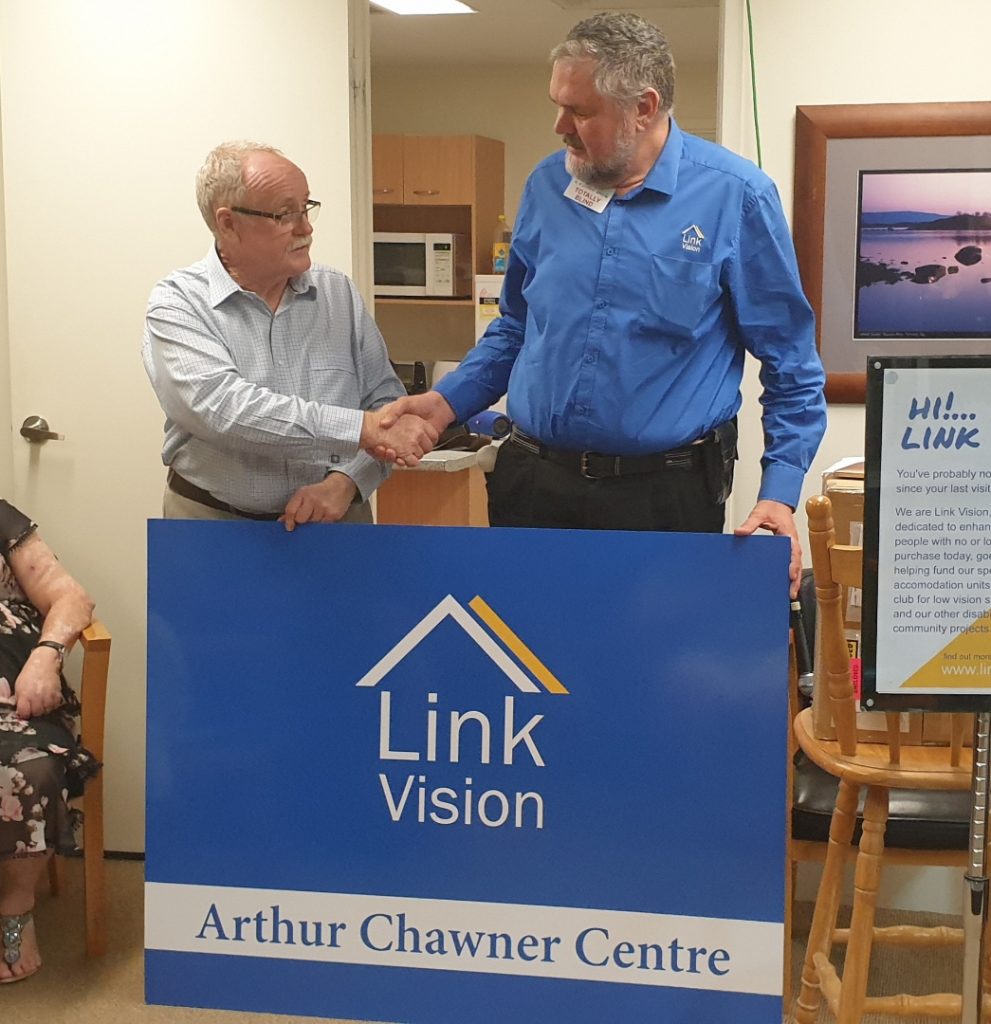 Arthur Chawner has given enormously to Aid for the Blind (now Link Vision) for over 50 years. He has never deviated from the mission of “Enhancing the lives of people with No or Low Vision”.

As a mark of our heartfelt respect and gratitude to Arthur, we have named the accommodation complex at 51-53 Wilkins Street West, Fairfield, the Arthur Chawner Centre.

This sign will be erected tomorrow. On behalf of Link Vision members, thanks for making a difference Arthur.