The chief executive officer of an organisation behind a Deception Bay Op Shop has pleaded with the community to donate goods responsibly.

Terry O’Neill from Link Vision, which has run the Bailey Rd shop for more than 25 years, says people leaving items when the shop is closed cause the charity great difficulty.

Terry says while Link Vision is extremely grateful for the community’s generosity, damage caused by people rummaging through the items before staff could collect them often meant donations had to be sent to the tip rather than raising money to help people with a vision impairment.

“We need donations – we get good donations, we sell them and we can continue our valuable work – we don’t want people to stop donating,” he says.

The deputy chairman of Charitable Recycling Australia, Terry says research shows only about 10 percent of people deliberately do the wrong thing when it comes to making donations. 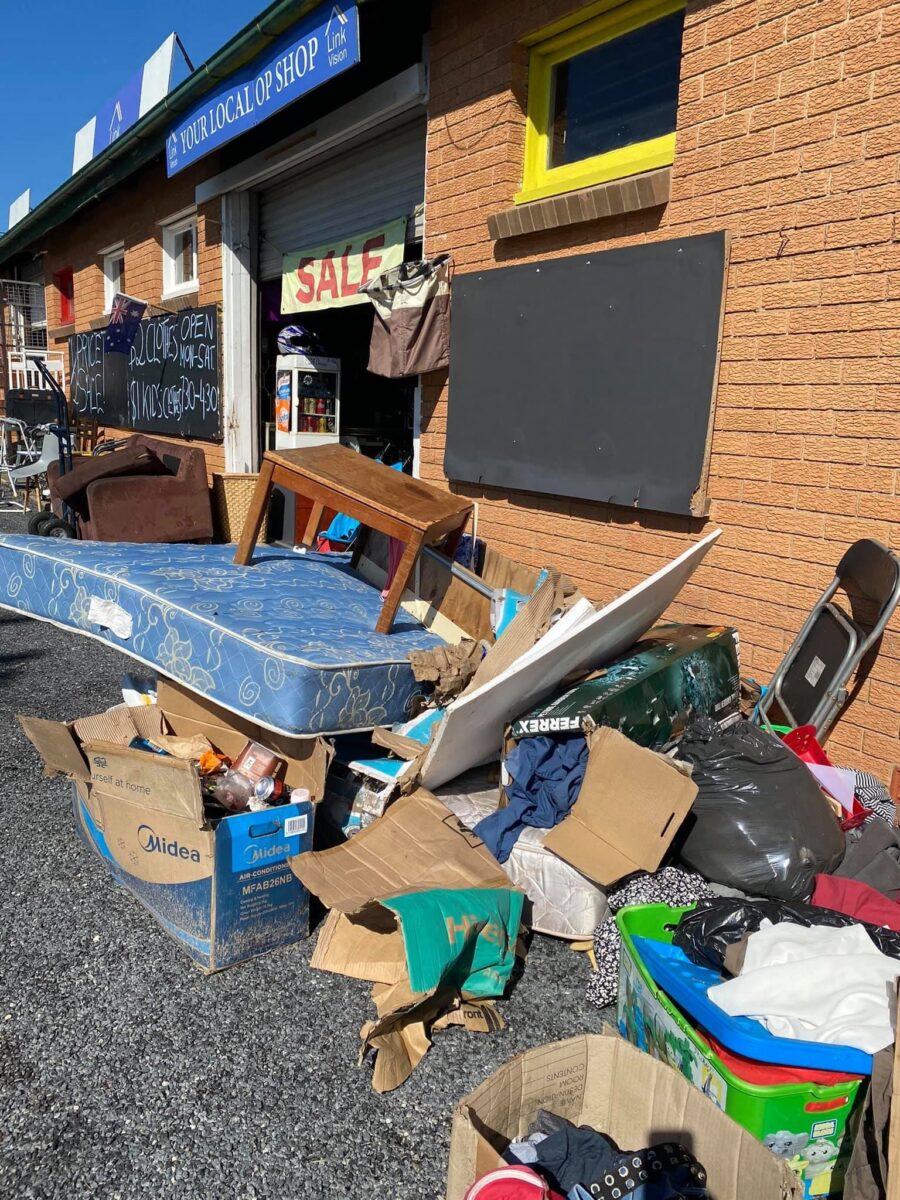 He says it is heartbreaking when perfectly good donations from well-intentioned people have to be taken to the tip because they are delivered out of hours and then damaged by the weather or contaminated by rubbish such as human waste and syringes.

“Anything that gets left outside has to be dumped – it’s terrible for us as an organisation – we’re trying to divert from landfill, so dumping stuff goes against everything we stand for.

“It’s just so demoralising for all our staff and volunteers,” he says.

It’s also costly, Terry says because while they don’t pay for tipping, they do have to pay for trucks and labour to dispose of damaged goods across Link Vision’s nine stores.

“During March alone our transport teams had 47 trips to an SEQ dump, disposing of over 23 tonnes of rubbish.

“Twenty-five percent – or almost 6 tonnes of this – related directly to our Deception Bay store.”

Terry says Link Vision will spend about $10,000 on CCTV at Deception Bay, so people stealing donated goods or donating them out of hours can be referred to the Department of Environment and Science, which has the power to prosecute.

He says three types of people typically shop at op shops – people in need, those seeking fashion and people looking to buy items to resell for profit.

Terry says people are often confused about what they can donate, and while goods do not have to be perfect, they should be usable.

“Our message is simple – if it’s something you would give to a friend, then it’s worth donating.”